I was going to France to see this chicken

It wasn't the only reason, but I was looking forward to meeting the renowned Mirabelle. I've been forwarded this note, and the photos were worth sharing.

Mirabelle was very comfortable around people, and would love to come into our house to look for food and to crap everywhere. She was so pretty that we sometimes didn't mind! She enjoyed being held and would make the cutest little cooing noises.

Alas, she didn't always want to sleep in the barn with the other chickens. Saturday night, she apparently wanted to sleep behind the house and either she was Raptured up to heaven on the appointed day or a fox took her. Sophie and I followed a trail of the odd feather here and there to down along the river and into a clearing of the neighbors field and it looks like it was probably the latter.

We'll miss you, Mirabelle! Nothing can replace her, but I think we'll look into getting one or two adorable little chicks next week anyway. 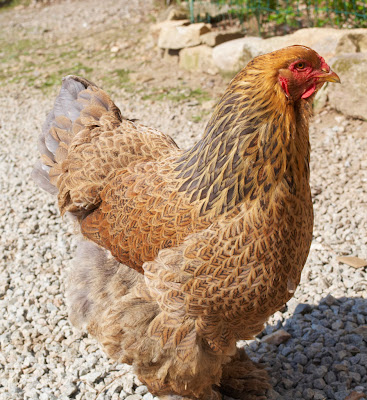 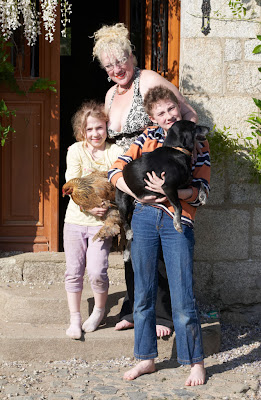