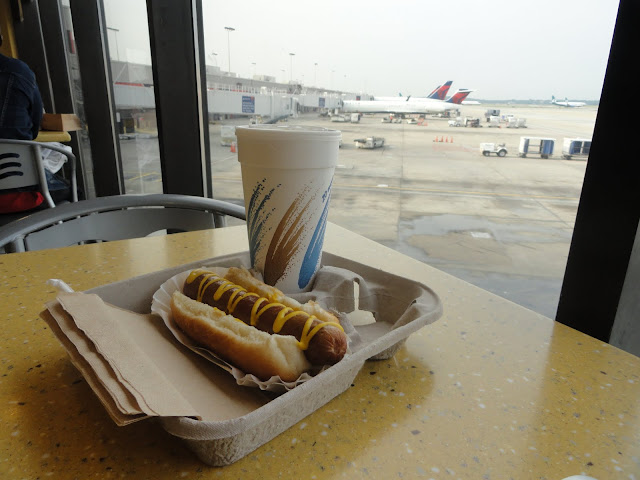 The line at Dunkin' Donuts was really long, I don't drink coffee anyway, and had a donut for dinner. :-)

The hotel room was really nice, I slept six hours straight (and then a bit more), their alarm AND my computer as backup went off nicely. Mine was singing in its robotic voice "Tea is ready," and the radio had a bit about Alan Rickman's Snape having been voted the most popular Harry Potter character of all. Then they played "Billie Jean" by Michael Jackson.

I packed up easily, walked out and waited about two minutes for the shuttle, and was at the airport two hours and twenty minutes before the flight. It's a morning full of nice moments.

Here's something I wrote last night, about the scheduling problems:

Holly's working today, so Keith will take off early to pick me up at the airport and I can ride in the new/used car he bought while I was away.
Posted by Sandra Dodd at 7:28 AM