Leon McNeill took this photo of some of us working on the Thinking Sticks word list in French. It took us a day and a half, but there's a good list now. 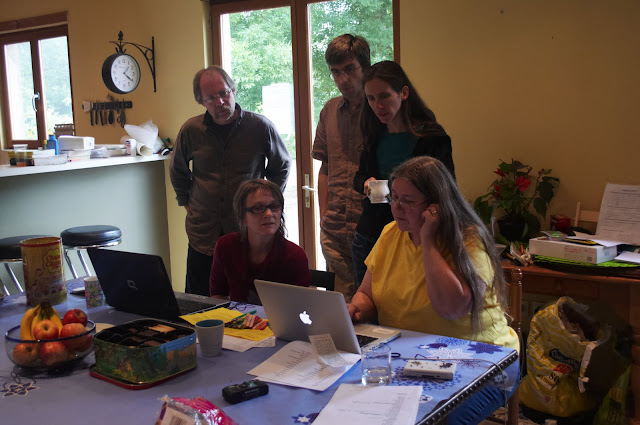 It turns out (we checked with a French teacher to make extra sure) that there isn't a word in French for "measurement." English got the word from French (or at least the parts the word was built from, but it's been 800 years or so, and while English has made good use of having a general term for the idea and action of determining lengths, weights, volumes and time, French doesn't. They have a verb for measuring but not a noun that covers the ideas of all types and units of measurement.
Posted by Sandra Dodd at 1:43 PM