Went to church, played the organ

I was up early, so went over to the church to return some things I had taken to read and look at. Newsletters, and a music book with notation I didn't recognize.

I played the organ. It's an electric organ from the later 20th century. The hymnbooks were older. I looked for things I knew and then thought to let the books show me something else. I played things I had never heard, and thought "probably this church has heard them" (and heard them played much better, too). I played one that had the tune name "St. Ethelreda." It sounded 18th century to me, maybe. Older chords in a couple of places. Spooky to a major resolution. Older than the organ; newer than the walls.

The book near the organ had been cut horizontally so it could be like a flip book, different tunes with different lyrics or services. All the tunes were on the top halves of pages.

The chance to be in an old church by myself at 7:00 a.m. was powerful with or without it having been Scotland. But there it is. It was Yarrow Kirk. What a special thing.

Deb Lewis sent a quote to go with this page:

"Listen, and for organ music thou wilt ever, as of old, hear the Morning Stars sing together." ~Thomas Carlyle 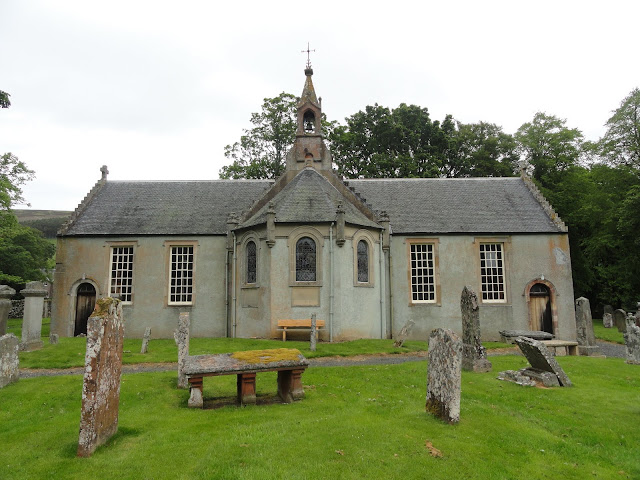 View of the church this morning, and view of those same windows from the organ bench: 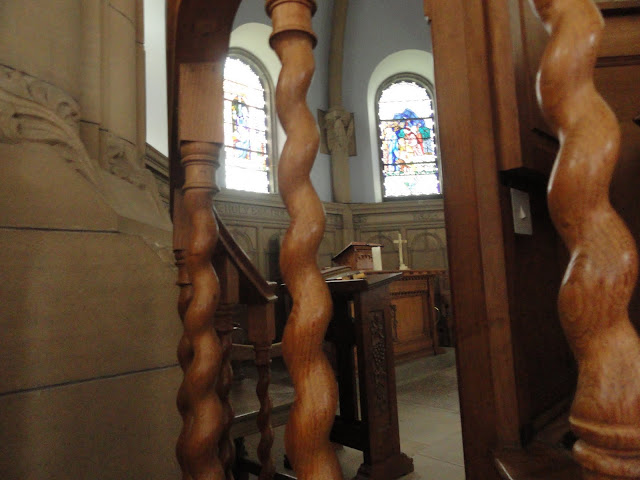